A sport for everyone - no matter your size, skill or experience there is a place for you at NTU Rugby Union. From players competing at the top levels of university rugby to boys just playing for fun, NTU can cater any and all of your rugby needs. A sport built around teamwork and comradery; build friendships and make memories both on and off the pitch. 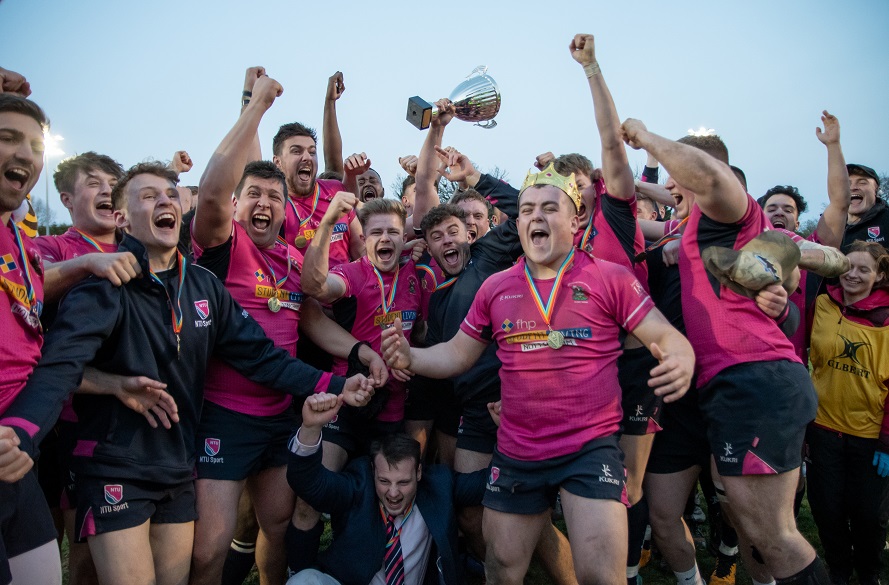 Rugby Union is one of the largest and most social clubs at NTU, with the club organising multiple social events throughout the year for all members.

Players can join just to have fun but there is an opportunity for all players within the club to progress through the teams to the very top of the club and become the best rugby player they can be.

NTU Rugby Union currently has 5 competitive teams competing against universities across the country in the BUCS leagues, as well as 4 intra-mural sides, all playing on Wednesdays.

Our 1st XV currently compete in BUCS Rugby Union North A and will be looking to restore their place at the top of university rugby this season with promotion back to BUCS Super Rugby.

NTU currently has an active partnership with Nottingham Rugby Club in the Championship, with several current NTU players within their set up and featuring for the side throughout the season.

The first team are currently coached by Alex O’Dowd, who is also current Backs Coach at Nottingham Rugby Club.

O’Dowd has previously worked as head coach of the Dutch national side and assistant head coach and academy manager at North Harbour Rugby Union in New Zealand.

He also has vast experience of coaching in both European and Southern Hemisphere rugby, having spent time with Ulster, Bordeaux Begles and The Blues.

Taster sessions and trials will occur during Fresher’s Week - further details on times and how to sign up will be available at the Fresher’s Fair and on the NTU Rugby Union Facebook page.

If you are unable to make these dates, feel free to get in touch through any one of our social media pages.

To join NTU Rugby Union an annul subs payment of £155 for new members or £130 for returners can be paid at any NTU Sports Desk.
If you have any questions about NTU Rugby Union, get in touch with any of the clubs social media pages.

Playing shirts provided on game days, shorts and socks available to buy at the Lee Westwood Sports Centre at the Clifton Campus.