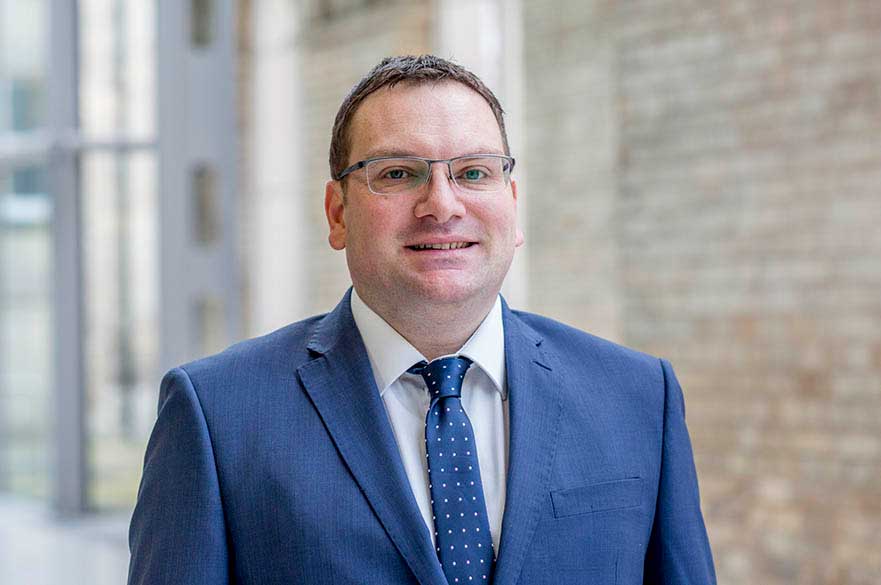 As Director of Music Matthew is responsible for all extra curricular musical activity across the University, including music tuition, music ensembles and performances.

Matthew studied at the Birmingham Conservatoire under the famous tenor, Professor Julian Pike, where he gained an Honours degree as a Bachelor of Music.

He has established a national and international reputation as a choral and orchestral conductor, with many acclaimed performances across the UK and in Europe. Matthew has directed choral performances in some of the finest venues in Europe, including St.Thomas, Leipzig, Barcelona Cathedral, Montserrat Abbey in Spain, Lichfield Cathedral, Amsterdam Cathedral, Symphony Hall, Birmingham and the Nieuwe Kerk in Delft.

He has had the pleasure to work with and conduct many internationally renowned soloists, including Violin virtuoso, Anna-Lissa Bezrodny and Norwegian trumpeter sensation, Tine Thing Helseth.

Matthew is also the Founder and Director of Youth Music UK – a national organisation which incorporates the UK’s newest national Youth Choir, Youth Choir UK, for which Matthew is the Principal Conductor.

Matthew has directed many professional events, musicals, cabarets and pantomimes across the UK and Europe, and recently was invited to be the Musical Director for the 30th Anniversary Concert for the Royal Concert Hall in Nottingham.

In 2010 Matthew was appointed as co-director of the new Asociacion de International Singers based in Spain, promoting international soloists and choral singing across Europe. He is also in demand as vocal tutor and accompanist to the annual International West End Choral Workshop, which is held in Torrevieja on the Costa Blanca in Spain each August. He is co-founder of the professional Midlands Festival Orchestra and with them he holds the position of Principal Conductor.

Matthew is very much in demand as a vocal coach and mentor to both amateur and professional ensembles across the UK and Europe, delivering a variety of master-classes and workshops.

He is an established choral and orchestral arranger, and many of his arrangements have been heard in some of the finest venues across Europe.

Matthew is very much in demand as a professional tenor soloist, and is equally at home singing opera, oratorio or musical theatre. He is a well known exponent of the English Song repertoire and he has a national reputation for his performances of Handel’s Messiah, Mendelssohn’s Elijah, Mozart’s Requiem, and Karl Jenkins’ The Armed Man, and has performed the majority of the standard oratorio repertoire.

On the operatic stage he has played many roles, including works by Britten, Mozart and Cavalli and he also created the role of Cecil, in the world premiere of Robin Grant’s opera Dee. Notable solo concert performances include performing alongside the City of Birmingham Symphony Orchestra in front of an audience of 20,000 people at the Firework Spectacular in Canon Hill Park, Birmingham.