The home of sport

When you come to Nottingham Trent University (NTU) you’ll quickly realise just how important sport is to us. From our annual Varsity series against our cross-town rivals, to co-hosting the Cerebral Palsy World Games in 2015, competitive sport forms a key part of who we are.

Welcome to England’s home of sport

Coming to NTU is about so much more than just being part of the University. Nottingham is a thriving, exciting and multicultural city, spilling over with sporting opportunities and success – which you can be a part of.

If you’re into sport – whether it’s playing, coaching, or watching – Nottingham has what you’re looking for. So choose your sport, and come and be a part of the games.

Did you know that in 2015, Nottingham was voted England’s Home of Sport? Or that Nottingham has more sports facilities per person than anywhere else in Europe? 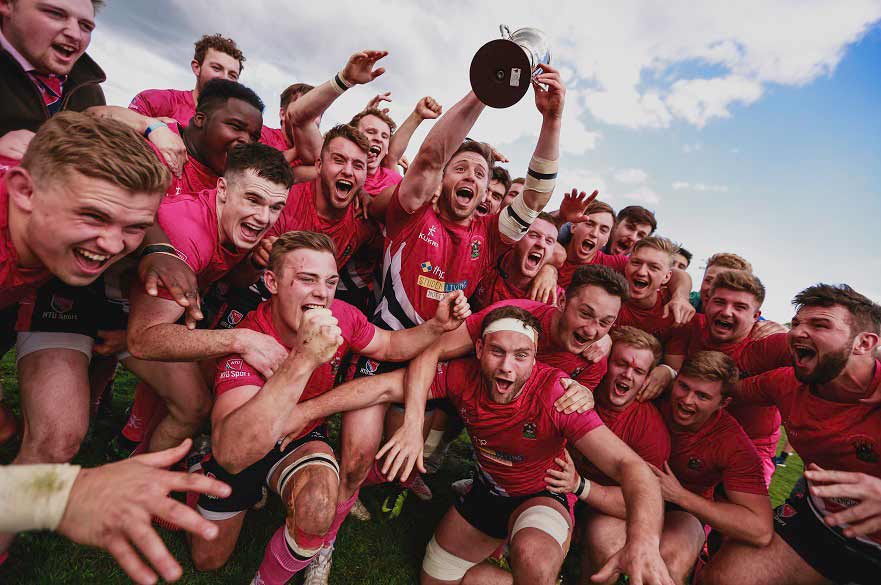 If athletics is your thing, you’re in the right place in Nottingham. There are plenty of clubs and events running throughout the year, and in the Harvey Hadden Sports Village – reopened in September 2015 after £16m refurbishment – we have one of the nation’s best athletic centres right on our doorstep.

NTU Athletics is one of the biggest and fastest growing clubs at the University – but you could also get in touch with Nottingham Amateur Athletics Association if you’re looking for help, advice or a group to train with!

Olympic gymnasts Becky Downie, Sam Oldham, Niamh Rippoin and Ellie Downie all hail from Nottinghamshire – there’s something in the air here that puts a spring in your step! There’s plenty of gyms, clubs and leisure centres in Nottingham, should you fancy following in their footsteps.

Get in touch with NTU Gymnastics, or visit the British Gymnastics website for further details. Rebecca Adlington OBE is an Olympic champion, world champion, and world record holder – make her your swimming inspiration in Nottingham! We’ve got loads of pools throughout the city, including an Olympic-sized one at the Harvey Hadden Sports Village.

So whether you’re just looking to keep fit or compete in the pool, drop NTU Swimming and Water Polo a line – they’ll throw you in at the deep end.

The National Water Sports Centre is located at Holme Pierrepont, just outside the city centre – you can try your hand at canoeing, kayaking, rowing, sailing, wakeboarding, and white water rafting.

There’s also rowing and canoeing clubs based along the banks of the Trent. And don’t forget NTU’s Rowing, Canoe, Waterski and Wakeboard and Swimming and Water Polo teams!

The Nottingham Tennis Centre boasts 8 indoor tennis courts, 19 outdoor tennis courts and 9 individual grass courts, as well as a whole host of other facilities for all levels of player. It also hosts Aegon GB Pro-Series events, Aegon British Tour events, the British Deaf Championships, and the British Wheelchair Championships. In the past, it’s even welcomed David Cup and Fed Cup fixtures.

NTU has tennis, squash and badminton clubs, and there’s no shortage of facilities both at the University and around the city, so make sure you bring your racquet with you!

If we’ve missed your sport off this list we’re sorry, but we almost certainly have a club that can help you out! Check out the full list of sports clubs at NTU.