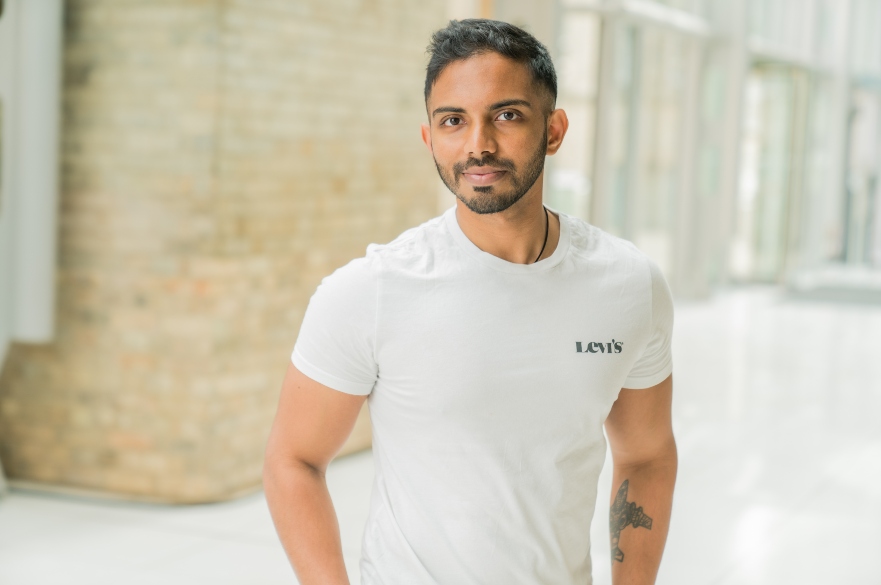 Pasindu is a lecturer in medical device design in the engineering department at Nottingham Trent University. His research plan in this role is to fabricate smart textiles and flexible electronics for medical applications. He is also part of the Medical Engineering Design Research Group at Nottingham Trent University. Dr. Lugoda is currently leading the Foundation Science module and the 3rd year Group Engineering Design and Optimisation module.

Dr. Lugoda has worked as a research fellow at the Advanced Textiles Research group (ATRG) under Prof. Tilak Dias at Nottingham Trent University. His role there was to develop an industrial technique of mass-manufacturing smart textiles. He worked on fully automating the production of electronic yarns (textile yarns embedded with miniature surface mount electronic chips).

He is also currently an associate Research Fellow at the Sensor Technology Research Center (STRC) at University of Sussex. Before joining ATRG he was a Research Fellow at STRC for 2 years. His work at STRC looked at developing shape sensing textile for digitalizing human body geometries. Here he developed and characterize flexible sensors and electronics that can be incorporated into textile structures. During this work he investigated different industrial techniques of integrating flexible electronics within textile yarns. He also worked on creating stretchable sensor networks which utilized microfluidic channels as interconnects.  Some of his research focused on creating  ecofriendly, biodegradable, and biocompatible sensors for wearable applications. In addition he developed sensor characterization circuits for measuring a grid of sensors. In this role he worked with industrial partners from the UK and Kenya.

Pasindu also worked in the Advanced Materials & Mechanics lab at Microsoft (Redmond, USA) as a research intern. He did two back-to-back research internships under Dr. Jim Holbery for six months during his PhD.

He did his PhD under Prof. Tilak Dias in the Advanced Textiles Research Group at Nottingham Trent University. During his PhD he engineered and tested electronic yarns with embedded temperature sensors. He developed the necessary hardware and software for the sensors and created prototype garments utilizing these electronic yarns. During the PhD he also developed socks for early detection of diabetic ulcers. This gathered a lot of media attention and it was shown on several media outlets including the BBC. He also fabricated socks to detect non-freezing cold injury. This project was funded by the Defence Science and Technology Laboratory of the United Kingdom.

Before starting his PhD he worked as a design engineer for Nike at MAS holdings. MAS holdings is one of the largest textile manufacturers in the world. At MAS holdings he was in charge of developing Nike concepts into production viable garments. During his stay at MAS he worked with Santoni circular knitting machines. This job gave him a key insight into textile development, product development and manufacture.

Pasindu also has a bachelor degree in Electronic and Communication Engineering from the University of Nottingham Malaysia Campus.

See all of Pasindu Lugoda's publications...